The Australian: The audacious plan to turn bitcoin green

By Ticky Fullerton, The Australian 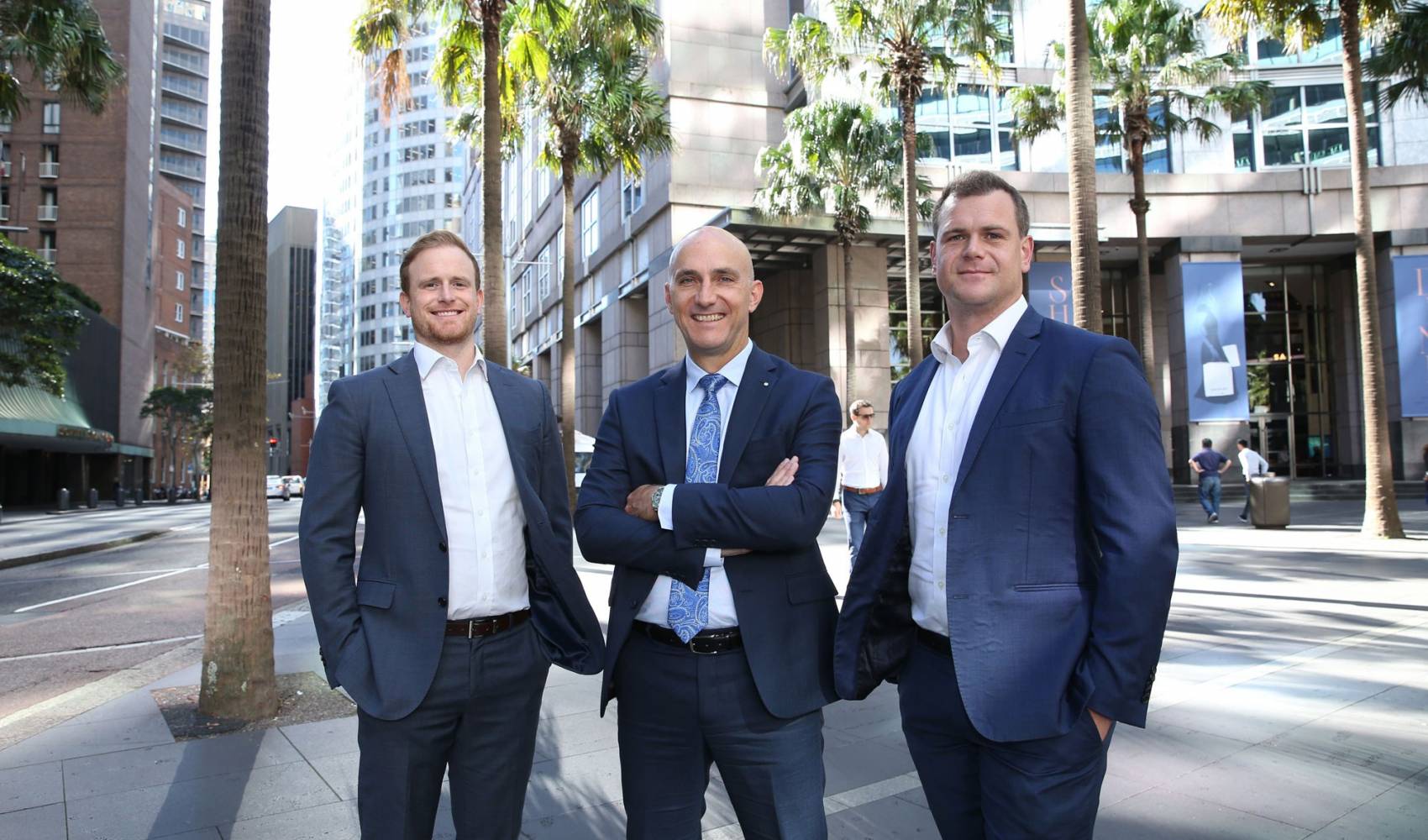 The price of bitcoin fell 12.4 per cent this week to the dismay of holders around the world, after a single tweet from Elon Musk who attacked the cryptocurrency for its insane use of energy, much of it from fossil fuels.

In Sydney, the team leading ambitious Aussie bitcoin “miner” Iris Energy was all smiles. This was no setback. It was an opportunity.

Indeed, Iris Energy has plans to grow from a gross profit of $9m today to over $500m in 2022 to become one of the world’s largest bitcoin miners. A public listing on the Nasdaq, Toronto or the ASX is planned within the year.

Iris Energy owns its own data centre infrastructure and mines bitcoins using renewable energy. It then converts those bitcoins into cash. After $110m was raised this month, with shareholders including Platinum Asset Management and Jeff Wilson’s WAM, the phones of co-founders Daniel and Will Roberts were running hot on Thursday morning. “I’ve had dozens of messages from our shareholders after Elon’s comments overnight. They have been resounding support because this is what they have invested in: a sustainable solution to the bitcoin network. Our whole platform for the last three years has been built on this premise that you need to mine bitcoin in a sustainable, socially acceptable way. So it is validation,” Daniel says.

Last week the brothers hired their first CEO, Jason Conroy, from Transgrid where he was chief financial officer. All three are ex-Macquarie bankers. Daniel has years of greenfield infrastructure experience, while his brother Will adds a commodity lens to the business, having worked in Macquarie’s trading division in the traditional mining sector. Asked if he took much convincing to come across, Jason Conroy laughed. “Yes,” he says. “The thing that resonated for me was the real asset platform and the sustainability of the business. The social licence, I really believed in that personally and I think it’s playing out well for us.”

For now, Iris Energy operations are in Canada, where its assets are powered by hydroelectric power – lots of it. Data centres are very welcome in regional Canada, replacing the now closed pulp and paper mills.

The real beauty of the business model, however, is that it has access to cheap renewable energy, while at the same time helping to solve a problem in first world energy markets, which have too much power and an influx of renewables destabilising grids.

“Not everyone understands bitcoin and I guess they are still coming to grips with why bitcoin has value,” Daniel says. “Every 10 minutes massive amounts of computer power put down a digital layer of energy cemented on top of the transactions in the bitcoin blockchain. It’s the history of the blockchain that grounds it in stone that can never be tampered with. And that is the whole innovation: to create this digital scarce asset that is out of control of any individual or central authority.”

You can debate the value of bitcoin, says the Iris Energy team, but the market has decided that it has value, just like Netflix or tumble dryers. This is an energy play.

Iris Energy mines the bitcoin using excess energy at times when most people don’t want it and the market does not value it. There are no customer contracts, which makes it the ideal demand response tool. “We are negotiating a contract with a utility at the moment, where that utility can dial down our power consumption by up to 75 per cent in multiple four-hour periods each year,” says Daniel. When that happens, the company simply mines less bitcoin.

Being energy-intensive, bitcoin miners say they stabilise power prices, supporting existing renewable generators and incentivising new ones to be built. “You cannot keep building wind and solar farms in the absence of a price signal and force that cost on mums and dads. We are here to provide that price signal to allow that transition. We will use that energy,” says Daniel.

So confident is the management team in the model that they have plans to expand from the existing site, now using 9MW of power, to 180MW at four sites in British Columbia. And that is despite a global chip shortage.

“We have secured enough chips to get us to the 180MW,” says Jason Conroy. “The existing Canadian site takes us from 9MW to 30MW. We’ve got our foot on development sites for the other 150 MWs, and we’ve got our foot on the chips for the orders to build that 150MW through the balance of next year.”

That expansion would take them to No 3 in the global market. “In the current market, that amount of computing power would be generating $US560m of run rate gross profit. That is the economic incentive that is set by the bitcoin network,” says Daniel.

Underpinning this entire bold ambition is the idea that we have hit an inflection point where the real world cannot keep pace with the digital world. At present the entire global data industry uses 23GW.

“Rewind six months ago, there’s 8GW of global power dedicated towards servicing the bitcoin network. The price has gone up five or six times since then,” Daniel says. “What that means is that you need another 30GW of power, $US70bn of investment right now today, to normalise mining yields. That’s the direct economic incentive that the market price of bitcoin has said to the world: you need to direct energy computing power to secure this network because the world is valuing that.”

The only way forward, says Daniel, is to use energy in a way that gives back to society. “The social intensity that is going to come to bear over the next five years, I don’t think it’s even begun yet. We need energy, we need data centres, we need real tangible assets, which is where our speciality is.” There are risks, of course, like the volatility of bitcoin itself. “Will the market continue to value bitcoin as an asset, or will Jerome Powell and central banks around the world wrest back some level of trust from markets? I don’t know,” Daniel says. As bitcoin falls, however, other higher-cost players stop mining and Iris Energy’s share of the network grows. It is not a perfect hedge but limits the downside.

The largest bitcoin miner uses coal. “We don’t think that’s sustainable and comments by Elon are just going to expedite the movement into renewables,” says Jason. “I don’t really see it as competition per se; it’s expanding the market.”

A sustained fall in bitcoin prompts other use cases for Iris Energy assets across the high-performance computing segment, from data analytics to augmented reality – all growth markets. Jason is looking to build a global platform of data centres, land and transmission connections built close to renewables.

They also have an eye on the global market to diversify and Conroy says the group is actively looking at Australia, which has the perfect problem of grid instability.

“People say to me ‘Jason you’re into crypto’ and I say ‘no, I’m into real asset bases’. I also like the optionality of the business, being able to vertically integrate by owning its own renewables, so buying a solar plant next door or buying a wind asset, or even potentially a hydro asset in future,” he says. “That’s our bread and butter – we know how to do that. A number of competitors in our space at the moment don’t own their assets. They co-host and they profit-share and they lease various things. They don’t know how to attract the right people into the business.”

The next project is a public listing, which Daniel says is a good way to access capital on a regular basis, given the high growth plans. “We think that capital markets globally will support the business, even more now after the comments from Elon, really close to our thematic,” he says.

Iris Energy is looking at US SPACS. And how is the new CEO paid? Cash.

Australian bitcoin miner Iris Energy has bucked the low crypto prices and high power bills to launch its third bitcoin mine in Canada while securing a $100 million credit facility to withstand market volatility.