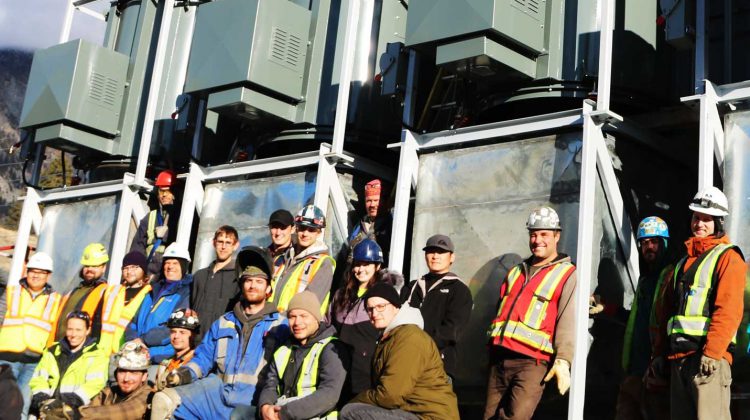 The Village of Canal Flats and the Columbia Lake Technology Center is praising Iris Energy’s recent purchase of PodTech, as the international company aims to upscale the data centre fabrication in the community, provide additional jobs, and continue the company’s expansion to international markets.

Controlling all of the former Canfor lands in Canal Flats, CLTC’s first catalyst company on the site was PodTech, which fabricates and ships data pods, or MegaPods internationally. PodTech and BID Group are actively on those industrial lands, although the CLTC is open to attracting further investment to the industrial lands.

Lorri Fehr, CEO of the Columbia Lake Technology Center, told MyEastKootenayNow.com that by 2030, over 50% of global electrical use will be in communications technology. Fehr said that is why they chose to start with PodTech, build the data centre infrastructure, build the fabrication centre and factory to produce and ship the data pods, all in anticipation of the coming explosion in communications technology. While PodTech had a couple of clients and got off the ground when it launched, Iris Energy is expected to take the company to the next level.

Sterzer told MyEastKootenayNow.com that Iris Energy is a great fit for Canal Flats given their international recognition and accolades, and their ability to tap into global markets with this form of technology.

Fehr said Iris Energy’s purchase of PodTech is something they hope to duplicate and replicate in the future.

“We want to bring together high performing companies such as Iris to make Canal Flats a site where we not only have the infrastructure power but we have the brain power to help this province move forward. We are very concerned about jobs for rural B.C. and this expands those opportunities as well.”

Both Fehr and Sterzer said Iris Energy has been in discussion with the CLTC and Canal Flats for quite some time before making the decision to purchase PodTech, but that they want to be an integral piece of the community moving forward. With their purchase, Iris Energy has established a $10,000 Community Grants Program for the area. Fehr said the company was impressed with the CLTC’s commitment to community and energy sustainability and immediately implemented the idea to give back to Canal Flats.

Applications and information on the Community Grants Program can be found here.

Fehr told MyEastKootenayNow.com that the purchase of PodTech by Iris Energy is just one “good news” story as they continue to attract further investment into the region, noting that another exciting announcement will be forthcoming.